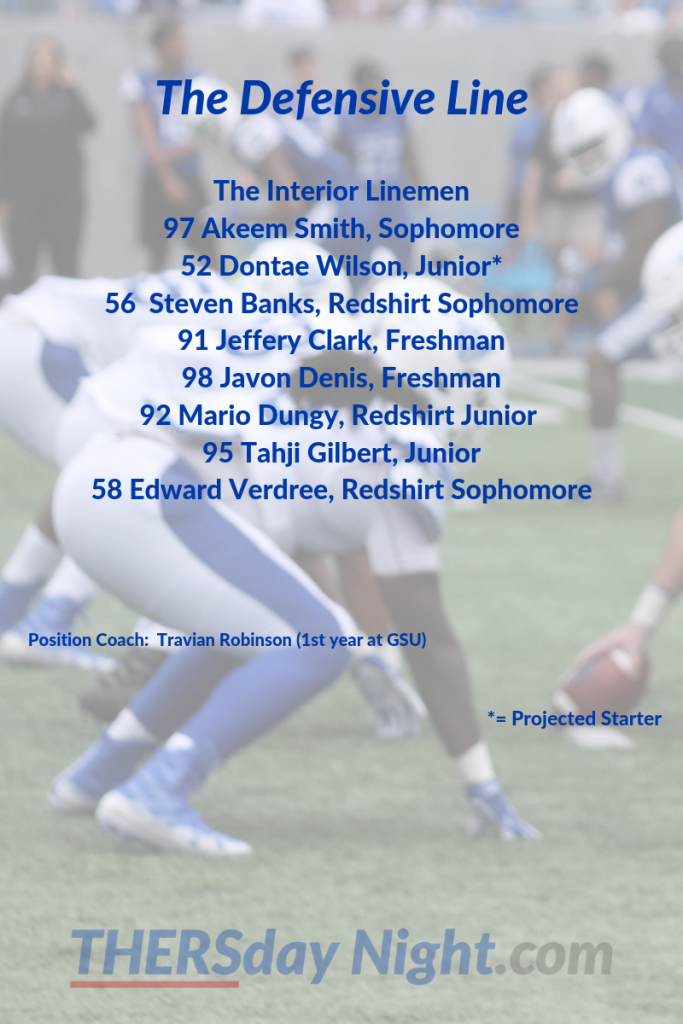 The 2018 Georgia State defensive line struggled in this respect, tallying only 10 sacks as an entire unit. Defensive End Marterious Allen lead the team with 3.5 sacks during his senior campaign, and outside of Allen, only 3 Panthers registered more than 1 sack. Redshirt sophomore Javonte Lain recorded 2.0 sacks for the 2018 season, while junior defensive end Terry Thomas and sophomore nose guard Dontae Wilson each had 1.5 sacks of their own. 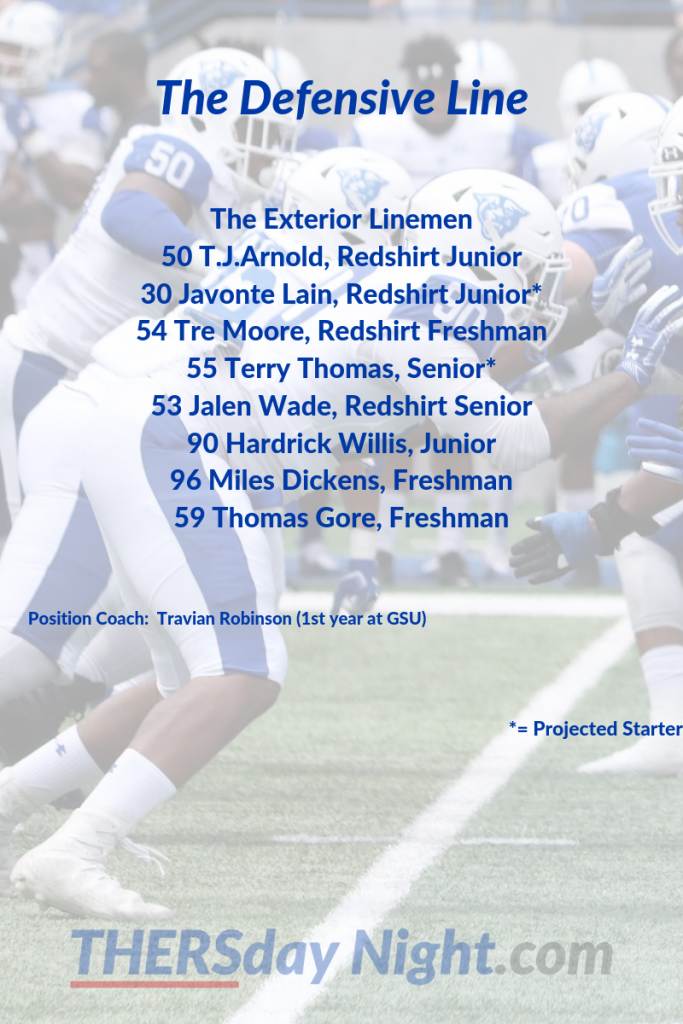 The bad news for the 2019 Panthers is they lost their 2018 sacks leader in Allen to graduation. The good news is the Panthers benefit from having Lain and Thomas return, as well as the return of Wilson who split time with Sophomore Akeem Smith at the nose guard position. With so little turnover, the defensive line can be expected to take a step forward and improve on their numbers from 2018. The overall depth of the defensive line has improved. The Panthers signed four true freshmen during the Spring 2019 recruiting class. The Panthers were also active in the transfer portal, as Northwest Mississippi State transfer defensive tackle Tahji GIlbert has joined them and looks to fill an interior linemen position.

Hardrick Willis is a player to watch. After a strong freshman campaign in 2017, he looked poised to help anchor the Panther defensive line in 2018 but ended up having to use his redshirt year. A year on, it will be interesting to see what impact he can bring to a position group looking for players to step up.

If the defense is to take a step forward in 2019, it will come from an improved pass rush that makes life difficult for opposing quarterbacks. If the team can remain healthy, they should be able to improve upon their relatively pedestrian sack numbers from the 2018 season. It doesn’t matter where that pressure comes from specifically, the Panthers need to get better at attacking the opposing quarterback. 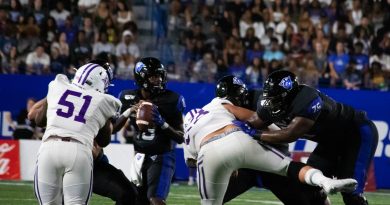 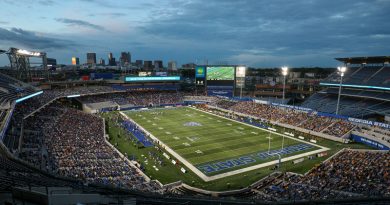 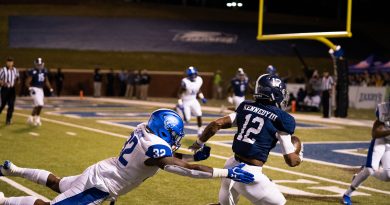