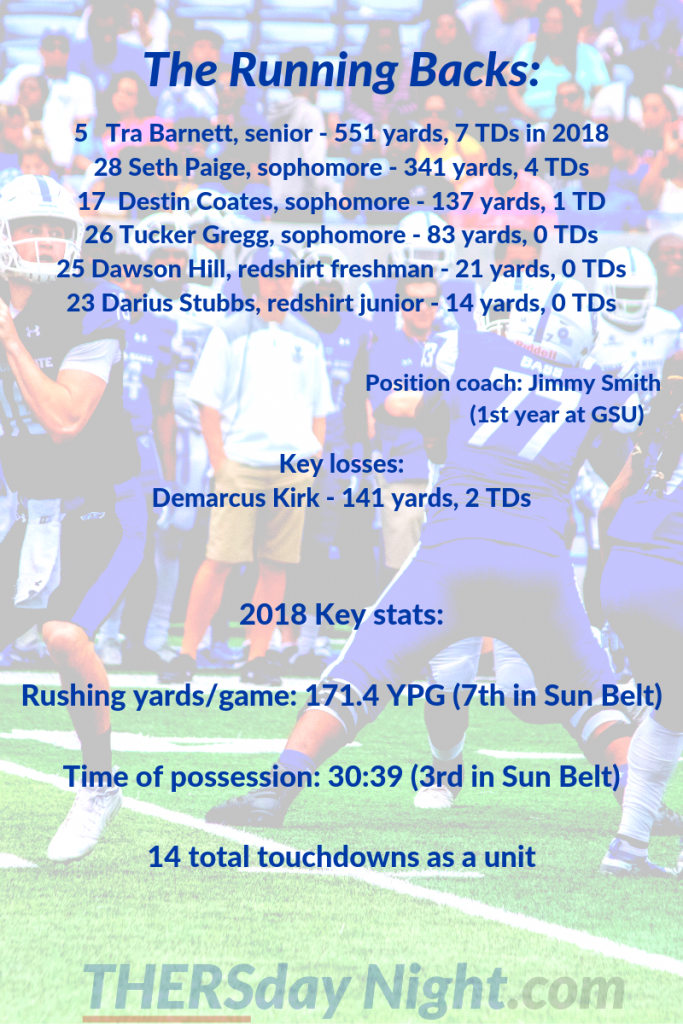 The Georgia State running game showed signs of life in 2018, with the Panther offense churning out an average of 171 yards per game on the ground. Former offensive coordinator Travis Trickett placed an emphasis on the run and coach Shawn Elliott has expressed a desire to have a hard-nosed running game since he arrived in Atlanta. Early signs suggest this run-balanced approach will continue under new offensive play-caller Brad Glenn.

The good news for Coach Glenn and first-year RB coach Jimmy Smith is that the majority of the running back core from the 2018 team is returning. One key reason for the nearly 60 yards-per-game increase in the running game was that the running back room was the deepest and most talented it had been in the program’s short history, and that group returns all but one of its key contributors.

Georgia State football has yet to have a 1000-yard rusher in their history – with former Panther Donald Russell topping the record books at 747 yards in 2012 – and it’s very unlikely that will change this year. The truth is, very few teams have a workhorse running back anymore, instead relying on depth and situational usage to carve out snaps for multiple running backs. So while no one running back will carry the load all season, this group of RBs can make a substantial impact collectively.

Tra Barnett and Seth Paige both flashed big play ability in 2018, each popping off 70+ yard TD runs and showing off special open-field speed. Destin Coates was a crafty runner and proved useful in the passing game before his freshman campaign was ended by an injury at Troy in October. Dawson Hill figures to slot into Demarcus Kirk’s reps – the former three-star recruit will get ample opportunity to earn more snaps after his redshirt year. Darius Stubbs has been used intermittently by both coaching staffs he’s seen at GSU, but he could be a short-yardage option. Tucker Gregg is an interesting case, as he was pressed into duty as a walk-on because of injuries after mainly seeing the field on special teams early on. His hard work earned him a scholarship from the 2019 season onward. 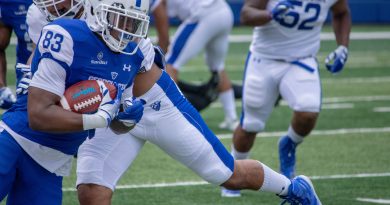 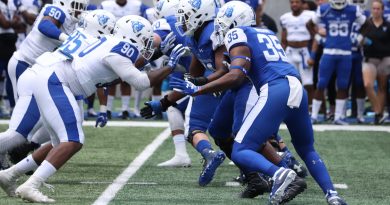 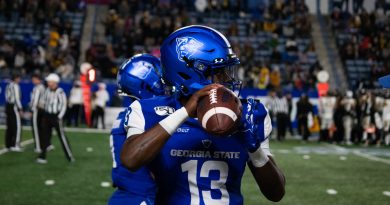