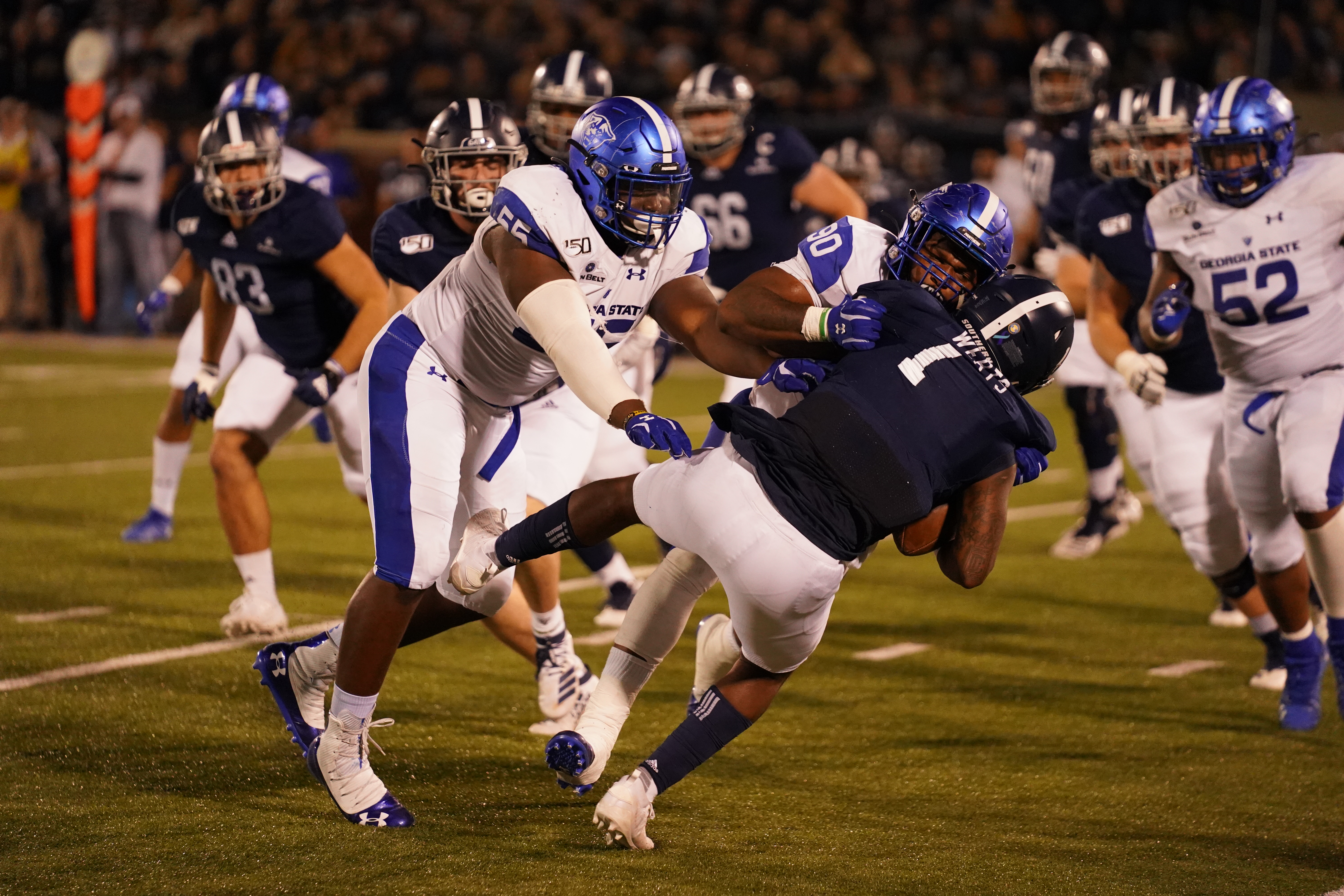 Georgia State (7-5, 4-4 in Sun Belt) couldn’t keep up with the rushing attack of Georgia Southern (7-5, 5-3 in Sun Belt) and fall to 2-1 all-time in Paulson Stadium, losing to the Eagles 38-10 in the regular season finale of 2019. In the battle of top 10 FBS rushing offenses, the Eagles won the night, outrushing the Panthers 279-108. Head coach Shawn Elliott cut straight to the point, saying, “I think we got our butts kicked all the way around,” adding that Georgia Southern showed pressure more than they had in previous games and that it affected the protection.

This was borne out in the numbers, as Georgia State QB Dan Ellington was pressured and harassed all night, ultimately taking five sacks. The senior nevertheless battled to finish with 182 yards passing on 18-of-27. Destin Coates paced the Panthers on the ground with 54 yards on four carries. For Georgia Southern, QB Shai Werts effectively worked the option game all game, and his running backs – JD King and Wesley Kennedy III – were largely the beneficiaries, combining for 185 yards and four scores.

After both teams traded three-and-outs, the Panthers took the first lead of the game on a 15-yard Tra Barnett TD scamper, capping an 86-yard drive. Southern answered back immediately, finding a lot of success out on the perimeter before Shai Werts took a QB keeper in from 11 yards. From here, the Panthers offense struggled to stay on the field on 3rd downs, going 3-for-8 in the first half, and Georgia Southern efficiently worked their option offense down the field for two scoring drives – ending in a 49-yard Tyler Bass field goal and a 7-yard JD King rushing touchdown – and the Eagles took a 17-7 lead into the half.

Out of the gate in the second half, Georgia Southern used a big kick return from Wesley Kennedy III to start from a short field and marched down to take a 24-7 lead on their first drive. After a failed gamble from Georgia State to go for it on 4th down from their own 42 in the middle of the quarter, the Eagles took advantage of another short field to push the lead to 31-7 to put it all but out of reach. A couple of long Destin Coates runs on the following drive pushed the Panthers into the red zone, but the Panthers once again came up short on 3rd down and had to settle for a field goal. JD King got his third rushing touchdown of the night, this one from 30 yards out, to make it 38-10 and put an exclamation mark on this emphatic Eagle victory.

Georgia State’s regular season is over and they await their bowl selection. Time and location of their final game of the 2019 season are TBD. 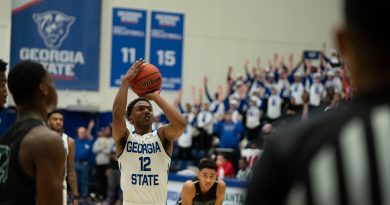 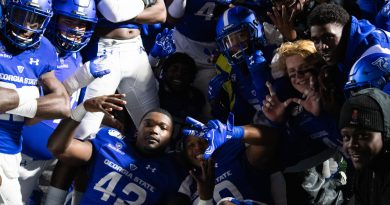 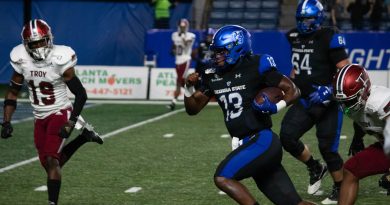