Shamarious Gilmore returns for his redshirt senior season at Georgia State, coming off a season in which he was voted Third Team All Sun Belt for his work in anchoring the Panther offensive line. Gilmore was instrumental in helping the Panthers offense set multiple school records in various rushing categories, and is on the Outland trophy preseason watch list.

Corneilus McCoy enters his junior season at Georgia State looking to secure his third All Sun Belt conference selection in three seasons. The Panthers’ leading receiver, McCoy finished the 2019 season with 70 receptions and over 750 yards. That was good enough to earn him All Sun Belt Third Team honors in 2019.

Trajan Stephens-McQueen took the defensive reins after Ed Curney’s injury and never looked back. Stephens-McQueen was a backup for two years before starting in 2019, and has already entered the top 10 on the GSU all-time tackles leaderboard. The Senior linebacker recorded 20 tackles in a win over Army in 2019, and will look to anchor the middle of the Panther defense in 2020.

Quavian White comes off a season where he led the Panthers secondary in pass deflections and tied for the team lead in interceptions. A two year starter, White enters his junior season with a lot of experience, and will have the important task of shutting down opposing offenses’ best receiving option.

Dontae Wilson is looking to finish his Panther career strong, having spent the past  two years being one of the premier nose tackle options for Georgia State. As a first-team All-Sun Belt selection by Pro Football Focus in 2019, Wilson recorded over 40 tackles, including 3 sacks and 7 tackles for a loss.

Sun Belt coaches also released their Preseason poll. The Panthers were expected to finish 4th in the Sun Belt East. Appalachian State and Louisiana were picked to win their respective divisions, and face off in the Sun Belt Championship Game for the Third Consecutive season.

David Salmon has 26 posts and counting. See all posts by David Salmon 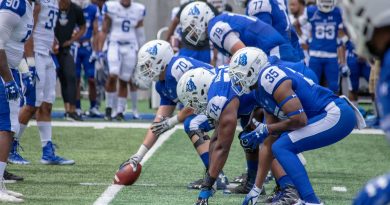 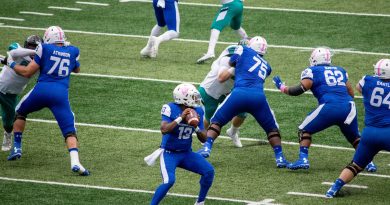 What Does Brad Glenn Bring To Georgia State’s Offense? 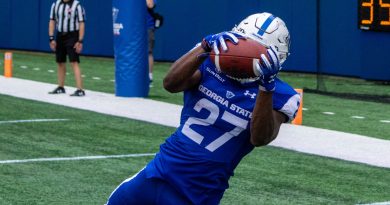