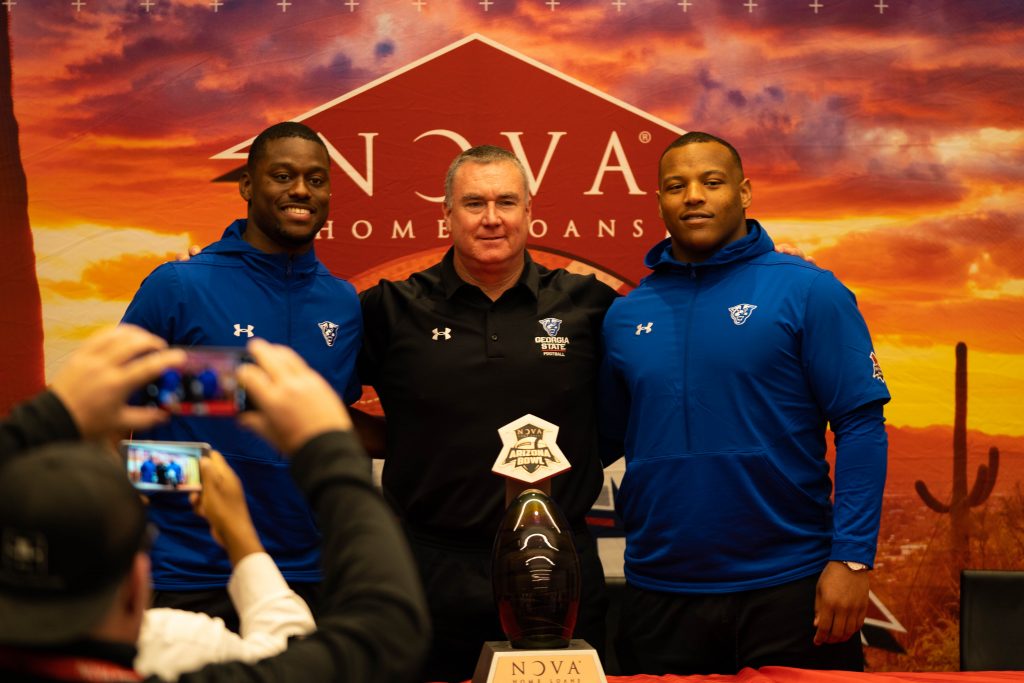 After unwrapping all their presents and taking down the Christmas decorations, Georgia State (7-5, 4-4 in Sun Belt) has one more gift to open – an Arizona Bowl matchup with the Wyoming Cowboys (7-5, 4-4 in Mountain West) on New Year’s Eve. The similarities in the two teams’ seasons don’t stop at the identical overall and conference records. Both have knocked off an SEC opponent this season (Tennessee for Georgia State, Missouri for Wyoming) and both enter this bowl game on the back of a 1-3 skid and will be looking to get back on track ahead of the 2020 season.

After their late-season struggles, the Panthers will want to get back to what got them to a bowl game this season – consistency on offense, especially in the run game. In that regard, this game offers a real test as Wyoming boasts one of the best run defenses in the country. The Cowboys allow just 99.42 yards rushing a game and 2.72 yards a carry, good for 6th and 4th nationally respectively. To put the nature of this matchup in perspective, Georgia State has broken their single-season rushing record multiple times in 2019 – rushing for as much as 340, 350, 390 and 414 in games this year – and Wyoming has not allowed a team to run for more than 169 yards in any single game, which would be the third-lowest total for the Panthers on the season. The Cowboys defense is led by All-American linebacker Logan Wilson and experienced safety Alijah Halliburton, though they will miss Javaree Jackson at defensive tackle, who has been removed from the team after initially being suspended indefinitely.

Panthers QB Dan Ellington will continue to battle through an ACL injury as he plays in his final collegiate game. Wyoming has been good at getting to the quarterback in 2019, getting 31 sacks during the regular season – led by freshman DE Solomon Byrd’s 6.5. For Georgia State, keeping Ellington upright after allowing a season-worst 5 sacks in the regular season finale against Georgia Southern will be key. Offensive coordinator Brad Glenn might look to work in quick passes to avoid the pressure and get Ellington into a rhythm early. If the pass game isn’t a threat and the Cowboys can sit in the box all game and be ready for the running game, it does not bode well for the Panthers.

For the Wyoming offense, a lot is still up in the air after the season-ending injury to starter Sean Chambers in early November. Another spanner was thrown in the works when sophomore Tyler Vander Waal, the Pokes’ expected starter for the Arizona Bowl, entered the transfer portal. Vander Waal has stayed with the team and practiced during the month of December, but head coach Craig Bohl has named Levi Williams the starter for Tuesday’s game. This will mark the first career start for Williams and his third appearance of the season.

The freshman from Canyon Lake, Texas has 128 rushing yards and 109 passing yards with an interception on 8-of-13 passing in his limited playing time so far. This offers Williams a good opportunity to show his coaches what he can do and with a month of practice, the playbook figures to be wide-open. The Georgia State defense should look to rattle the inexperienced quarterback early and not let him find a rhythm if they want to win. This isn’t a Kaleb Barker or Layne Hatcher-type quarterback matchup on paper, but if the Panthers let him get comfortable, all bets are off.

Whoever is behind center for Wyoming, they will be helped by what 1,000-yard rusher Xazavian Valladay offers in the run game. Like the Panthers, Wyoming is going to look to establish the run all game and the offensive line has helped open up holes to the tune of 208 yards rushing a game. If both teams operate how they want offensively, this game could end fast with long possessions and lots of running the ball. Possessions could be at a premium and for Georgia State to win this game, the defense will have to get Wyoming off the field and give their offense more chances with the ball.

In many ways, this game will come down to Georgia State’s rushing offense versus Wyoming’s vaunted run defense. If the Panthers can move the ball on the ground and take pressure off Dan Ellington and the passing game, Georgia State might be able to unlock the formula to victory. Defensively, Georgia State has to keep the Cowboys’ young quarterback Williams off-kilter and not allow the big chunk plays on the ground that have plagued them late in the year. Kickoff from Tucson is at 4:30pm EST and you can catch the game on CBS Sports Network.

Brady Weiler has 35 posts and counting. See all posts by Brady Weiler 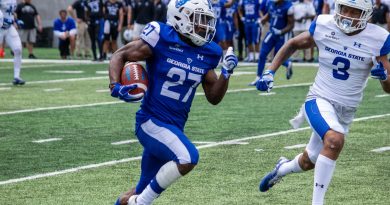 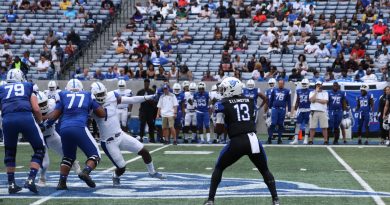 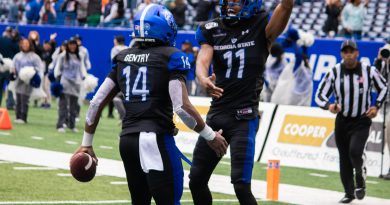