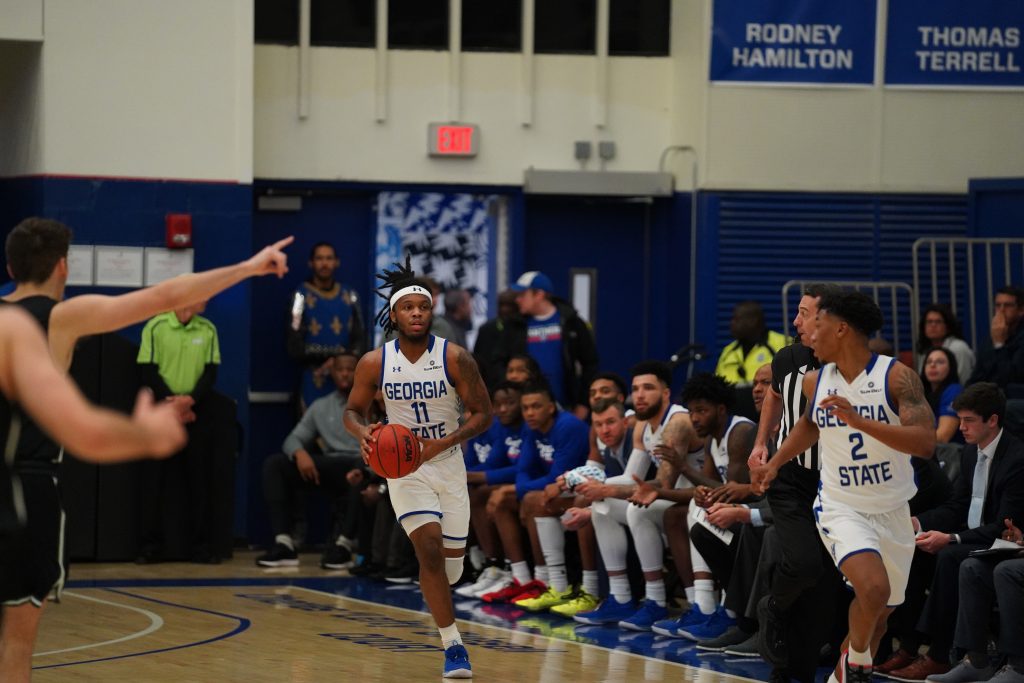 Georgia State (5-3) withstood a late charge to outlast the Dartmouth Big Green (5-3) 83-80 in overtime to win their fourth straight game, their second straight in the friendly confines of the Sports Arena. Coach Rob Lanier called it “a good win against a very good team,” adding, “We’re getting better at dealing with adversity.” Corey Allen led all scorers with 28, shooting 8-of-15 from 3, and made the game-tying jumper with one second left to send the game to the extra frame. Kane Williams added 16 points and four assists, making two clutch free throws late in the overtime period to push the lead to two scores at 81-77. Dartmouth was able to cut the lead to one on the seventh of Foye’s team-leading threes, but Georgia State broke their press with a Damon Wilson dunk and the Panthers escaped after the Big Green couldn’t get a clean look at the end to tie. For Dartmouth, James Foye led with 25 on 7-of-12 shooting and forward Chris Knight added 23 points, nine rebounds and four assists.

The Panthers had a sluggish start – falling behind by as much as 16-8 early – but they ratcheted up the defense to get back in the game, taking their first lead since 2-0 on an Allen three with 5:56 left in the first half. Dartmouth surged back in the late minutes of the half, taking a 32-26 lead before the Panthers answered with five straight to end the half and cut the deficit to one. Allen led the Georgia State offense in the first half with 8 points but exploded in the second, adding 20 of his game-high total on 7-of-12 shooting – 6-of-9 from 3 – in the second half and overtime period. The Panthers rode some of that hot shooting, along with timely defense, to push the lead to 53-45 with 11:28 to go.  Dartmouth didn’t go down without a fight and held the Panthers scoreless for nearly five minutes as they chipped away at the lead, eventually taking a lead of their own at 57-55 on an Aaryn Rai layup with 5:05 left in the game.

A Kane Williams layup put the Panthers up by one again at 65-64 until a Foye triple gave the Big Green a two-point lead with under a minute to play. Freshman Jalen Thomas came down with a key offensive rebound on an Allen missed three and put it back in to tie the game with under 40 seconds to go. Dartmouth went back on top with 13 seconds on the clock on a Taurus Samuels layup, setting up Allen’s heroics at the other end. Coach Lanier praised the efforts of his team through the early season schedule, saying, “To have to play five out of your first six on the road and then come home and play two tough teams – and have to play overtime games – it says a lot about our group.”

Georgia State is back in action on the road Saturday, December 7 against the Mercer Bears. Tipoff in Macon goes at 4:30pm Eastern. 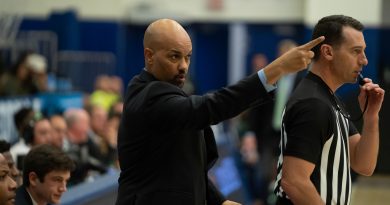 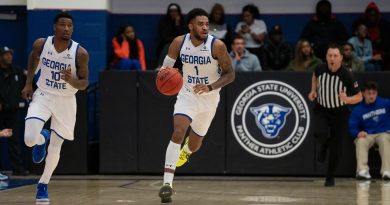