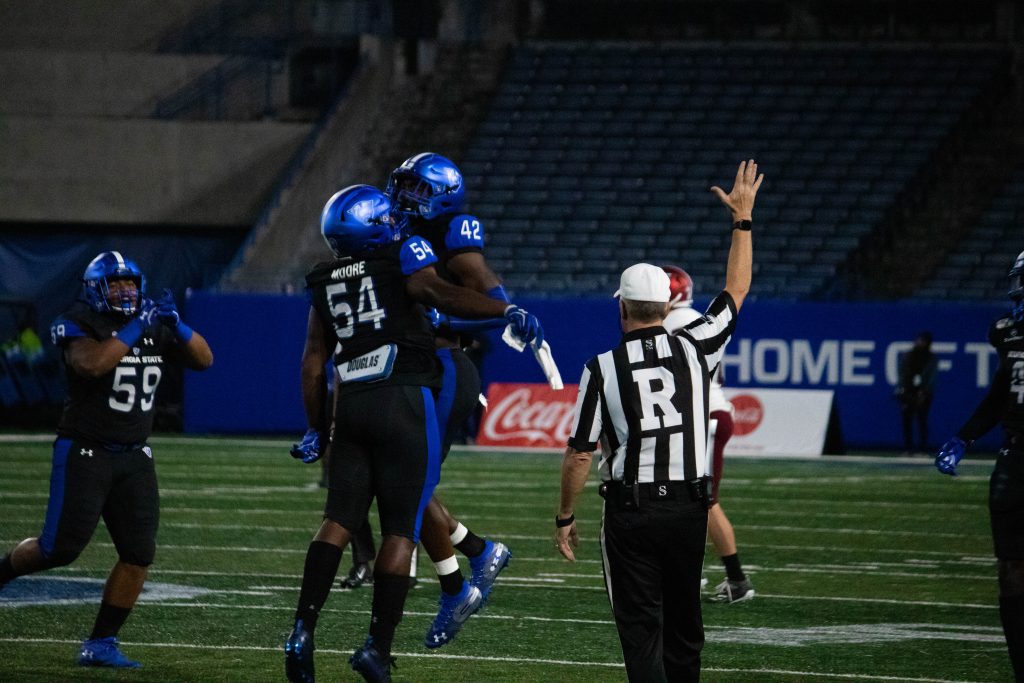 Georgia State football has only gone and done it, beating Troy in emphatic fashion, 52-33, to clinch bowl eligibility for the third time in school history and the second time in head coach Shawn Elliott’s three seasons in charge. It’s only fitting that the Panthers hit this season milestone by having their most prolific game rushing the ball to date (390 yards) – paced by a career night for senior running back Tra Barnett (34 attempts for 242 yards, 2 TDs). How did the Panthers pull away and what’s the full extent of the significance of this win? This is Upon Further Review.

Troy came into this game boasting the best run defense in the Sun Belt Conference, averaging 93.3 yards given up on the ground per game, so the questions entering Saturday were about how much would Georgia State deviate from their usual (successful) formula of run, run, run. The Panthers offense answered immediately this past Saturday, running the ball seven of ten plays on their opening drive which culminated in a 19-yard Dan Ellington touchdown run.

For a breakdown of the unusual offensive set GSU used during this drive, read this thread:

Good morning, #PantherFamily. Reviewing the game from last night and just wanted to do a little thread on the formation weirdness GSU ran on the first drive that Coach Elliott alluded to in his postgame press conference. All credit for the images to ESPN/ESPN+. (1/)

The only real opportunity the Georgia State offense was left to rue all night came late in the first quarter when an Ellington pass intended for Aubry Payne hit off the tight end’s facemask, off the hands of one Troy defender and into the hands of another. That ended a potential scoring drive right outside the Troy red zone. The Trojans were able to turn that mistake into points, tying the game on a DK Billingsley run from 10 yards out, but the Panthers offense got back on the horse and never looked back.

GSU found a little luck when another pass from Ellington to Payne was batted up in the air, only for Payne to bring in the deflection and take it in for the 40-yard touchdown reception. There was no such luck involved in their next score. Malik Sumter, Pat Bartlett and Travis Glover sealed a hole on the right side for Seth Paige to run through, Paige hit the hole at full speed and it was academic from 65 yards out – 21-7 GSU. Troy answered on their next drive but the Panther Express kept chugging, finding the end zone once more (a rushing touchdown for Barnett to make him the sole leader in the category) to take a two-touchdown lead into the break.

Georgia State’s defense has been singled out plenty this season for its struggles but the truth is, on this occasion, the unit did enough to stop a high-powered Troy offense. The big plays that have haunted that side of the ball for the Panthers reared their ugly head again, as the Trojans reeled off 6 plays of 20+ yards, 3 of those 50+. However, the defense held Troy to 14 points in the first half, coming up with key sacks to stall drives and forcing a turnover-on-downs after a 53-yard run by Billingsley put Troy in great field position. And after they got another stop on Troy’s first possession of the second half, the Panthers offense followed up with a touchdown drive to push the lead to 21 points and the Trojans were playing serious catch-up the rest of the way.

A recurring theme of these Upon Further Reviews has been the idea of “closing out” games. Missed opportunities late in games had cost Georgia State a win against Texas State and caused undue stress in other matchups, but the closeout tide truly turned in the October 21 win over Army and crested once again this past Saturday. The Panthers built that 35-14 lead by the middle of the 3rd quarter and – credit to them – Troy kept on battling on offense, finding the end zone their next three drives. That alone would have, on paper, been enough to tie the game again. But Troy’s defense had to hold up their end of the bargain for that to happen and Georgia State showed no signs of slowing down offensively. The Panthers matched with points on each second-half Troy scoring drive and ultimately melted the clock away.

The accolades and accomplishments from Saturday’s win are plentiful. The Panthers move to 4-0 at home on the season, guaranteeing a winning home record for only the second time in program history, while also finishing off a 4-0 month of October. Tra Barnett ended the night with Georgia State’s single-game and single-season records for rushing yards, as well as the all-time marks for career rushing yards and rushing touchdowns. And then there’s the small matter of earning a bowl berth. And while their attention is rightly focused on the remaining schedule and a possible Sun Belt championship, it’s worth highlighting the success Coach Elliott’s squad have already achieved when nothing was expected from them off the back of a disappointing 2-10 2018 season. To borrow an overwrought sports cliche, the Panthers are playing with house money at this point and they’ll have some big-time chances to cash in during the last month of the season. 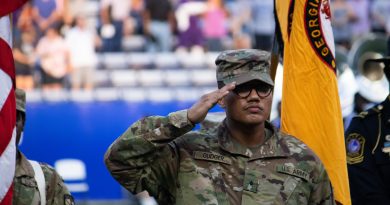 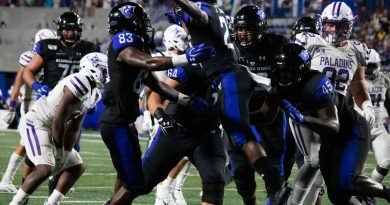